November 6, 2018 by chakru in News and Politics

Congress, the present opposition party in India has been continuously involved in accusing present Modi government about irregularities and corruption involved in the purchase of Rafale fighter jets. Additionally, they have also accused the decision of choosing Ambani’s Reliance corporation over government’s own aerospace and defense manufacturing company “Hindustan Aeronautics” for the deal.

The documents revealed by Rahul Gandhi were annual financial reports of 2017 of Dassault and Reliance Infrastructure. He said that Dassault offered Reliance the offsets contract because it owned a piece of land next to an airport. However, he added that the piece of land was acquired by Reliance after Dassault’s investment of Rs.284 crore in the company, Which he claims to be the kickback from Dassault to seal the deal.

The reason he cites for his accusation is the Dassault’s decision to invest in Reliance, despite the fact that Reliance company is going through a financial crisis and heading for a downfall.

Rahul Gandhi has demanded a joint parliamentary committee to probe into the deal to bring out the truth. However, the present BJP government ruled out the demand. 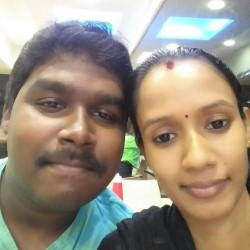 Do not Make Fun of Metoo Movement: Kamal Hassan